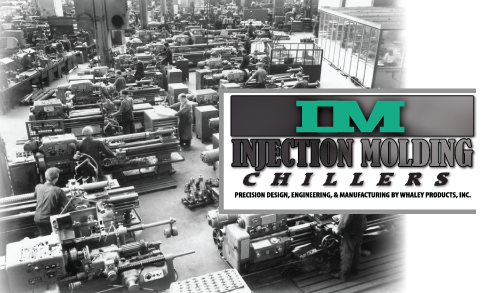 The first man-made plastic was invented in Britain in 1851 by Alexander Parkes. He publicly demonstrated it at the 1862 International Exhibition in London, calling the material he produced “Parkesine.” Derived from cellulose, Parkesine could be heated, molded, and retain its shape when cooled. It was, however, expensive to produce, prone to cracking, and highly flammable.

In 1868, American inventor John Wesley Hyatt developed a plastic material he named Celluloid, improving on Parkes’ invention so that it could be processed into finished form. Together with his brother Isaiah, Hyatt patented the first injection molding machine in 1872. This machine was relatively simple compared to machines in use today. It worked like a large hypodermic needle, using a plunger to inject plastic through a heated cylinder into a mold. The industry progressed slowly over the years, producing products such as collar stays, buttons, and hair combs.

The industry expanded rapidly in the 1940s because World War II created a huge demand for inexpensive, mass-produced products. In 1946, American inventor James Watson Hendry built the first screw injection machine, which allowed much more precise control over the speed of injection and the quality of articles produced. This machine also allowed material to be mixed before injection, so that colored or recycled plastic could be added to virgin material and mixed thoroughly before being injected. Today screw injection machines account for the vast majority of all injection machines. In the 1970s, Hendry went on to develop the first gas-assisted injection molding process, which permitted the production of complex, hollow articles that cooled quickly. This greatly improved design flexibility as well as the strength and finish of manufactured parts while reducing production time, cost, weight and waste.

The plastic injection molding industry has evolved over the years from producing combs and buttons to producing a vast array of products for many industries including automotive, medical, aerospace, consumer products, toys, plumbing, packaging, and construction.